Rebecca Ferguson - Satisfaction by The Rolling Stones
With the X Factor Final only two weeks away, the contestants stepped up their game (including dare I say Wagner) and performed two songs under the Rock theme of the week. This week Cheryl lifted her fashion game as well, wearing a stunning Emilio Pucci Mini Dress it rivaled Dannii Minogue's Red Carla Zampatti Dress.
More about last night's show follow the jump...
MARTANx


To the performances, Rebecca Ferguson stole with night standing out with both of her performances: Satisfaction by the Rolling Stones (above) and I still haven't found what I'm looking for by U2 (over the jump). She looked fantastic with first in a leopard print dress and then in a sexy lbd. Her performances took the rock theme and translated it to Rebecca's unique genre. Tonight's results sees two acts leaving the competition, with performances by Nicole Scherzinger, The Wanted and yes the teen sensation Justin Bieber. 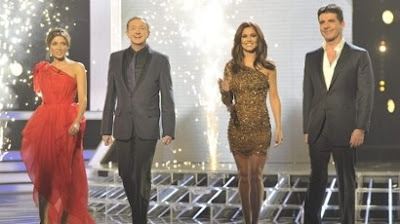