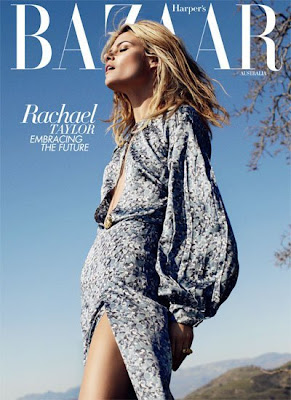 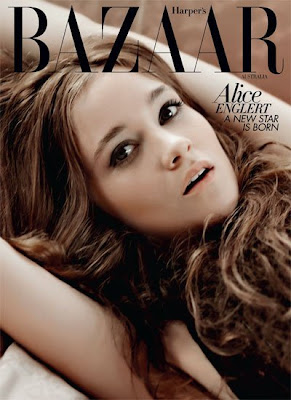 Credit: Harper's Bazaar AUS
Alice Englert and Rachael Taylor feature on the other two covers of Harper's Bazaar Australia's collectors cover edition for the April issue (Abbie Cornish on the Newsstand Cover)
The issue has a feature on 'Girls on Film', highlighting all of the female talent Australia has to offer. The covers are really pretty, I love love love Taylor's cover, very fashionable and yet Australian.