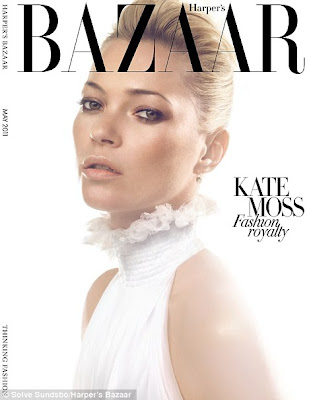 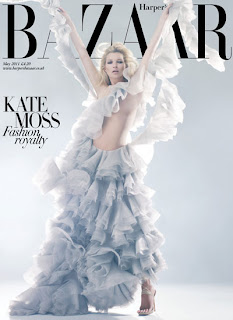 Credit: Harper's Bazaar UK
Kate Moss lands her milliontrillionth magazine cover this time it is for Harper's Bazaar UK; the Fashion Royalty Issue.
This issue is particularly special as a double cover issue, with one cover a beauty shot of Moss while the other one pays tribute to the late Alexander McQueen with Moss wearing a creation by McQueen's successor Sarah Burton. Rumour has it that Moss will wed in a McQueen design, as being a close friend with the late designer.

Moss may not be the youngest face but she can still pull off two great intense covers. Love love love!