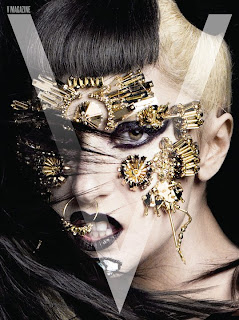 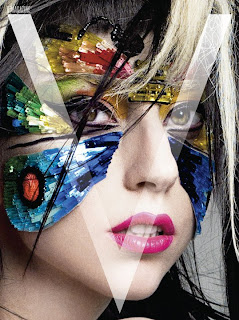 GaGa was announced to be as a V Magazine Columnist last month and in this issue you'll be able to read her first column which I'm tres eager to read.

GaGa's Born This Way is slowly but surely making its way to the shelves being released later this month. Promoting her new record she is releasing promo singles with the recent 'The Edge of Glory' already number 1 on the US iTunes charts.

Love love loving the preview covers, make up tutorial anyone? I wanna see how this was done! Being the Asian Issue I'm really excited to see the spread!!