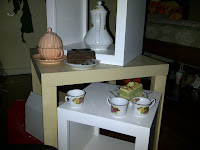 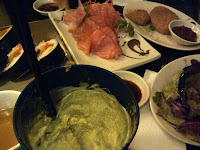 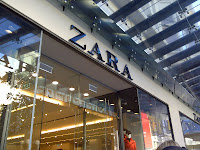 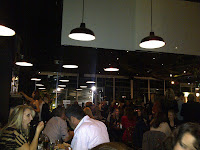 (T-B/L-R) Surprise Teaparty, Dinner with the Wifeys, Zara Opening & Birthday Dinner
Last week I decided to get myself organised... well progressively
With Krystal wifey going away to Europe (uber jealous) this week she misses out on wifey Yvonne's 21st Birthday in July. In light of this Krystal and I spent a day preparing, making and hiding a surprise tea party for Yvonne so that we could at least celebrate her birthday together. It came together really well, the prep, the surprise and of course the food and conversation, which consisted of tea and cake! yum yum.

Throughout the week I set myself the task of cleaning my studio room. Which was working well... until I wanted to take some style diary photos and the like. BUT now I can safely say that I have a very very tidy space, so I can begin more projects very soon!

I ended up going to Zara on it's first day of trading with a work mate. There was even a controlled line to get into the store (publicity stunt I believe), but I gotta say its a pretty nice store. It totally reminds me of Europe, and all of the lovely things I got from Zara whilst overseas! At the moment it is too intense for my likings, I compare it to a boxing day sale or when Stella McCartney debuted her collection at Target aka utter madness. I don't think people realise that Zara will be here for a while so they don't need to stock up that quickly... ahaha. I'll be sure to visit it once the hype dies, they'll be getting a fair amount of my paycheck I can foretell.

On the weekend I went to workmate's 21st dinner which was nice. Chit chatting with food. And Gelato was involved, so I was a very happy chap.

On a sour note. I start uni this week!... Well I'm doing a winter term. But Still! I'm gutted that I'll be on a semi holiday now, but fingers crossed it'll all pay off and I'll be finished at the end of the year!

Upbeat note! I've got plenty of goodies to share so stay tuned lovelies!