Follow the jump to read more...
Top Model is back, and this cycle marks the beginning of an all new America's Next Top Model.
Cycle 17 marks the All Star Cycle, with fan favourites coming back to the competition to not just win Top Model but to further themselves as a brand. The prize pack this cycle includes the your typical IMG, Vogue Italia, Covergirl as well as being the face for Express Fashion and a correspondent for Extra.
The models met their competition at their model house in LA, I must say this cycle has every quirky, crazy, diva girl that ever was on Top Model... well besides Jade from Cycle 6 who declined to come back. Girls like Bianca, Angelea, Dominique, Kayla and Allison are all back this cycle
For their first photoshoot the models had to embody their 'trademark persona', an easy task you'd think for the most memorable models. Shannon from Cycle 1 made a big fuss because she refused to wear a pair of lace shorts saying they looked like underwear... so instead she opted for a white bikini bottom to finish her 'angelic' look. The logic? I don't know. Ah well.
At panel, Nicki Minaj was a guest judge at the Nokia Plaza for the first ever ANTM Live judging. Shock to the system Mr Nigel Barker had hair on his head... not liking it whatsoever. Photowise... in general I thought they all looked really mediocre, the set up and the photoshop to make it look like the models were on water... just weird. My favourite shot was Shannon's (regardless of her stupid rant), but it was Isis with her post gender reassignment surgery confidence which got her the First Call Out for the cycle.
Alexandria and Brittany ended up in the bottom two. Both with uber model 101 photos, but it was Brittany (who has had some work done unfortunately) who was sent home. Lets hope this cycle picks up soon...
Look below for every model's shot. 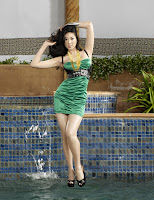 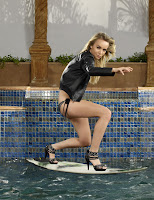 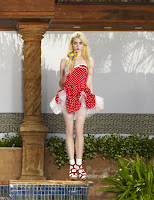 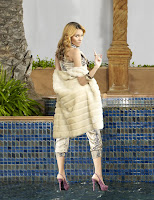 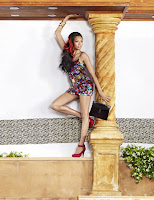 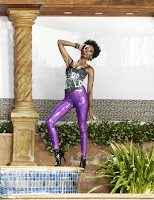 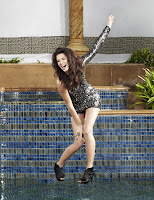 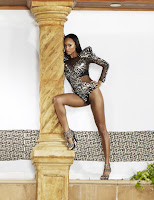 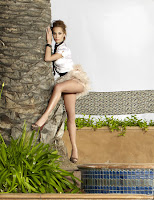 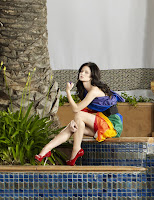 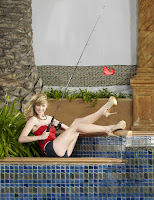 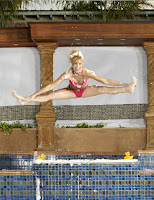