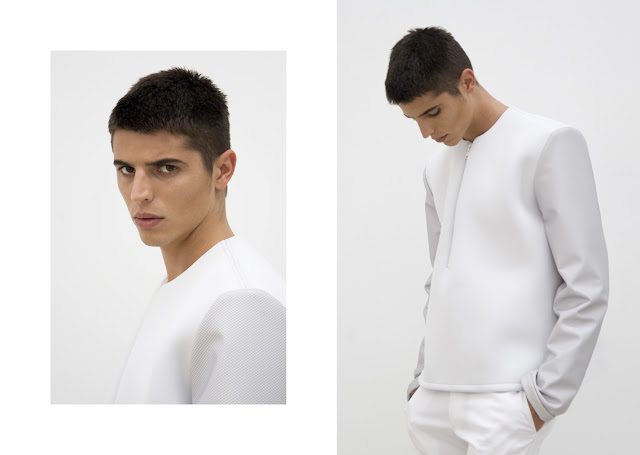 Sydney designer Yuliy Gershinsky showcased his Capsule 13" Collection at the Innovators Show at Mercedes-Benz Fashion Week Australia this year. His first runway collection, Gershinsky offered clean and minimal menswear looks, strong but with a commercial/ready-to-wear edge. Love love loving his Collection I took the time to interview the designer, picking his brain about himself his design aesthetic and more! 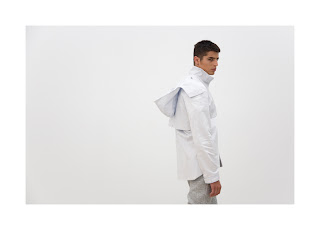 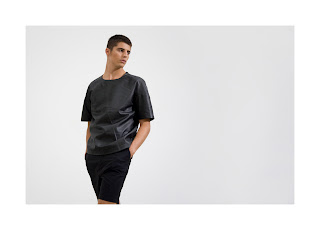 MARTAN: What interested you to get into Fashion? And why Menswear?
Yuliy: My first memory of fashion was when I first moved to Australia in 1993. I noticed what all the other kids were wearing which was a 90's grunge/skater style and began wearing those clothes to fit in. I also had a vague interest in fashion through the latter stages of high school but it wasn't until 2007 that I began a design fundamentals course which covered costume design, graphic design, object design and architecture. I excelled mainly in the costume and architecture subjects and moved on to do a Fashion Design course the following year.

In the first two years of the course I designed exclusively women's wear. I still want to do some women's pieces but I decided to focus on men's clothing in my final year since I wanted to create clothing which people could actually wear. With menswear I was able to design both from a designer's point of view but also a consumer's point of view in order to create garments which satisfied both conceptual and commercial criteria. It was important to make clothing for the street and not just the runway.

MARTAN: Describe your label? What sets it aside from other Menswear labels?
Yuliy: The clothing is for Individuals who know themselves well. They are interested in making a statement but not shouting it. It is still conceptual but in a way which is practical, there is a different type of thinking behind it to most other existing men's wear labels.

MARTAN: What inspires you? Where do you look for your inspiration?
Yuliy: Ever since I was a child I have always been inspired by Science Fiction and Futurism, apart from that I'm inspired by a lot of different things. A lot of them are often conflicting. I am pre-disposed to a modernist and clean aesthetic but I also love the punk rock DIY attitude and post modernist thinking. I look at a lot of art (sculpture is a particular favourite), Industrial design, Architecture, Science and Technology.  I often find myself liking beautiful as well as ugly things. I believe you can find inspiration in anything and a lot of the time I just get inspired by accident.

MARTAN: What was your concept behind your Capsule 13"?
Yuliy: I was going through a period where I was watching a lot of dystopian themed films. I had read about all these new ideas of post humanism which preach that eventually people and technology will merge and will create a sort of organic and technological hybrid which will be infinitely smarter and live longer.I wanted to create this feeling of a part organic and part synthetic being.

MARTAN: What designers do you look up to?
Yuliy: I very much like Raf Simons, Jun Takahashi, Hussein Chalayan & Maison Martin Margiela.

MARTAN: What are your thoughts on Australian Mens Fashion?
Yuliy: Men's fashion in Australia reflects the predominant 'easy going' and relaxed culture that exists here, It is definitely something which isn't very considered or overly refined. Having said that, I feel that there is and has been a steady growth in interest and participation in not only fashion but culture and the arts, especially with the more recent 'internet' generation who can feed any of their interests instantly at the click of a button.

MARTAN: What's next for you and your label? Where do you see yourself in 2-3 Years time?
Yuliy: I will be producing limited runs of key pieces from this range and will be producing more items in the future. Ideally, I will also be collaborating with others to create accessories and working on various art projects. In 2-3 years time I am hoping to be doing the same except on a larger and more developed scale. 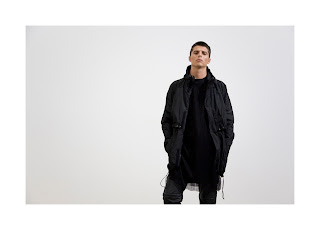 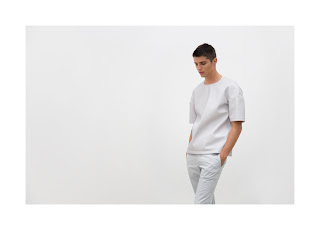