The models were counting their blessings coming back from panel with no elimination. There was a sense of calm and happiness.. weird for Top Model no?

For this week's challenge the Models met up with Nigel for a Charity Football game. Split into teams, the models competed with NFL stars raising money for the player's chosen charities. Whilst playing the game, photo breaks occurred for the models to work their angles! Kayla won the photo challenge, winning jewellery and a spot of Tyra's TypeF Website. 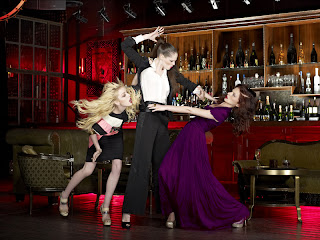 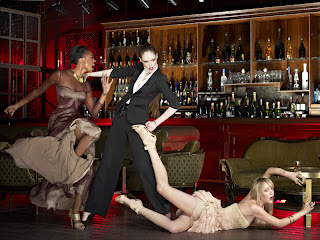 Tres Amazing superdupermodel Coco Rocha was the guest judge and model for the photoshoot. The theme for the shoot was 'Bitchfight' with the models in groups of two posing with Rocha. Dominique, Bianca, Lisa and Shannon did well with fighting and posing, while the other girls did too much bitch and not enough model. Coco poses were BAM amazing, A, E, I, O, U! Damn she puts the models to shame. 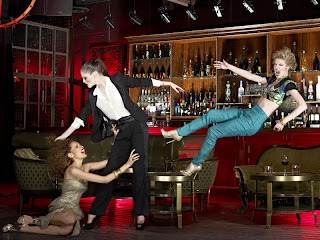 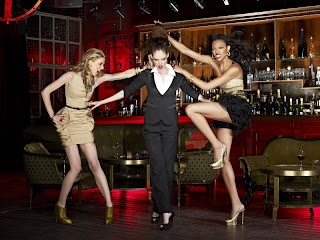 L: Angelea & Laura, R: Shannon & Bianca (Credit: The CW)
At panel Dominique got a well deserved First Call Out, leaving Alexandria and Bre in the bottom two. Alexandria is losing her edge and Bre is yet to prove that she has one. Finally it was Bre that was sent home.
It was a fun episode. Though Coco stole the episode. Shows how far the models still have to really be a Top Model.
Tweet