For some reason I'm into the Sleeveless.

Some could say it's because it's Summer.
Some could say it is cheaper without the sleeves or that I'm into arms? (which is a negative)
There is something about sleeveless looks which just appeal to me at current.

I thought I'd let this look be a bit ragged and ripped off (don't mind the pun) with my DIY Ripped Jeans.
I honestly don't see why someone would want to pay for anything ripped? .... I'd rather do it myself.
A pair of scissors, rolling around on the floor and a good machine wash and Waa lah!

For something fancy I'm wearing my Make Believe flower necklace, which contrasts the edge for something pretty and fragile.
Uber deep I am. 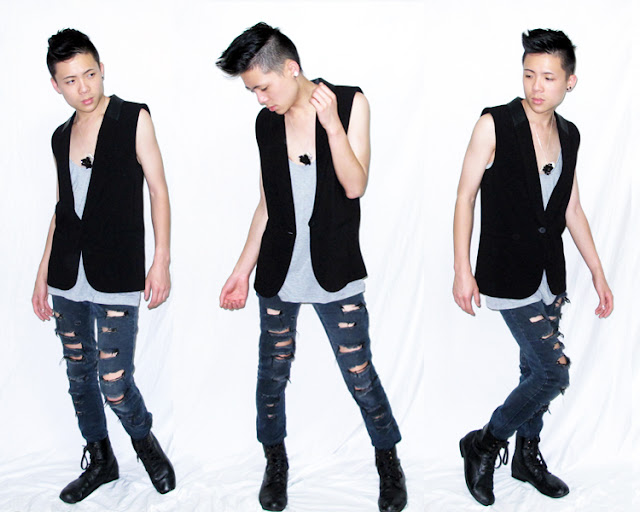 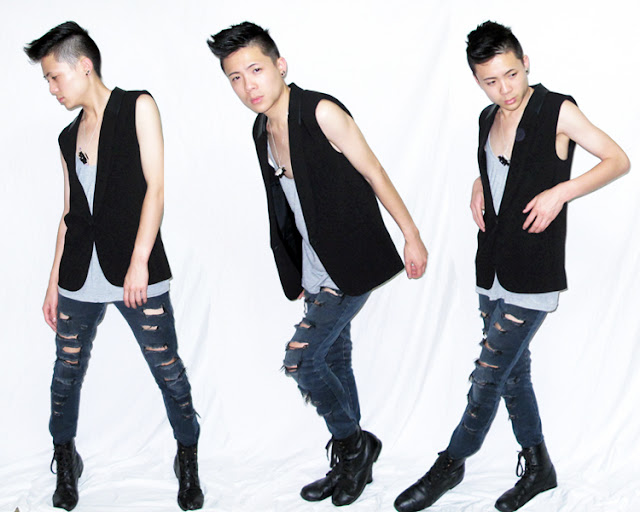